The work of the Foundation depends in large measure on the efforts of a number of volunteer partners and associates.

The Foundation's Board and Directors, as well as the larger community, are pleased to have them on board and are grateful for their efforts and dedication. 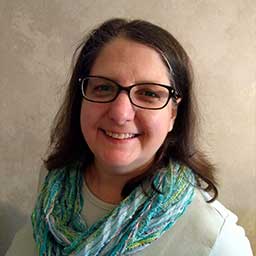 
Judy Bourdeau joined the Foundation team in November 2020 as the Database Administrator, providing support services to the Foundation’s fundraising and communications programs. Judy has served non-profit organizations for more than 15 years in marketing, IT, database, and executive leadership roles where she has increased membership, annual meeting attendance and revenue. Early in her career, Judy earned the Certified Association Executive (CAE) credential, the highest professional recognition in the nonprofit association industry.

Judy enjoys spending time with her identical twin sister, Julie; learning about history through genealogy research; and getting outdoors as often as possible for a round of disc golf. Judy can be reached at Judy@FoundationIFS.org. 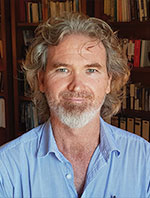 
Shaun, a Certified IFS Therapist in full-time private practice in North Queensland, Australia, specializes in working with adults who have experienced complex trauma related to childhood abuse, neglect, and sexual abuse. Shaun, who began IFS in 2016 with the IFS Online Circle and completed Levels 1 and 2 in 2018, provides supervision for experienced clinicians around complex cases.

As Assistant Editor, Shaun contributes many of our feature articles as well as engages in the review and dissemination process. As OUTLOOK expands, his efforts will ensure our continued growth. (OUTLOOK has naturally evolved from twelve pages to fourty-four pages and counting over the past nine editions. Perhaps we’ll be a full-fledged magazine one day.) “I’m very excited about my new role as assistant editor and am already enjoying the opportunity to meet and talk with interesting people who are highly IFS-focused,” Shaun shares. “I’m delighted to be able to contribute to OUTLOOK’s publication and, through that, hope to be a small part of community building for IFS in Australia and internationally.” While not helping his clients, working, or writing for OUTLOOK, Shaun enjoys riding his bike, hanging out in the bush, and dodging the summertime heat by swimming with his wife and two young children. Shaun may be contacted at Shaun@FoundationIFS.org. 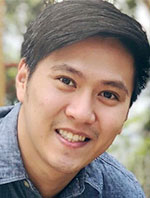 
Daniel Fermin is now serving as the Foundation’s Controller. We embrace Daniel’s involvement and send at the same time our warmest expression of gratitude to Mary Mitrovich, who had served us in this capacity outstandingly well since 2013 when the Foundation was reactivated.

Daniel worked previously with two nonprofits as a financial supervisor and coordinator of financial and accounting processes and budgeting, monitoring compliance with standards and regulations, tracking and reporting on financial transactions, and supporting the development of financial policies and procedures. His work with grants will be quite valu- able for us as we enter a new grant-seeking phase in support of our new strategic priorities. 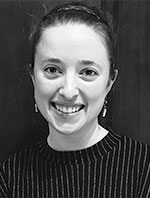 
Audrey is a therapist currently practicing at Downtown Psychiatric Group in Lower Manhattan, providing weekly therapy to approximately 35 individuals and couples of diverse cultural and socioeconomic backgrounds alongside more than 40 other therapists, psychiatrists, and nurse practitioners. She learned IFS in 2009 when her therapist began using its concepts, which inspired her to take Level 1 in 2016 with Ralph Cohen, PhD, LMFT, and Ann Sinko, LMFT.

As part of her new role with the Foundation, Audrey will be running two Twitter accounts: (1) an internal one for the community to share developments about the Foundation, and (2) an externally facing one through which we may share broader messages and engage in thought leadership. Audrey and Sharayah will collaborate on identifying organizations to follow or court for the latter. Audrey is fascinated with the intersections and unions between disparate parts, people, modalities, and cultures, having been raised in a multicultural household and discovering various passionately and (ostensibly) conflicting opinions among her internal parts.

“My intellectual, religious, skeptical, gregarious, therapeutic, and activist parts, to name a few, are thrilled at the opportunity to forge new connections, conversations, and potential collaborations between the IFS community and like-minded people in other modalities, cultures, and walks of life,” she declares. Audrey aspires to bring Self energy to the Twitterverse through appreciation of protective efforts, expressions of compassion toward the downtrodden and exiled among us, and curious questions far and wide, along with some good Self-led memes. Audrey can be reached at Audrey@FoundationIFS.org, where she welcomes suggestions for Twitter outreach. Follow her efforts on Twitter at @FoundationIFS and @FriendsofIFS, and tweet back! 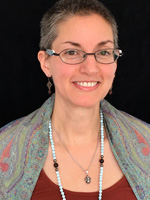 
Michelle is a Level 3 Trained Certified IFS Practitioner, Alternative Counselor, and Spiritual Emergence Coach. With 12 years of IFS experience, Michelle comes to it from the bottom up, having deeply learned the Model from the inside as a client for many years before becoming a practitioner. She is the author of Daily Parts Meditation Practice: A Journey of Embodied Integration for Clients and Therapists, a valued method of deep embodiment of the IFS Model. She presented her process at the 2016 Annual IFS Conference. She is a very active volunteer with the Foundation for Self-Leadership and brings her love of the Model to further the mission as Editor of the newsletter, OUTLOOK, as well as Donor Stewardship Associate. Michelle looks forward to creating future editions of OUTLOOK and to connecting with more of the IFS community. Michelle lives in Eugene, Oregon and was a stay-at-home mother of two daughters for 17 years before becoming an IFS Practitioner. 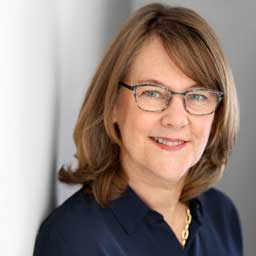 Barbara has broad and deep experience with development and communications in the non-profit sector, specifically higher education, healthcare, human services, faith-based, and fine arts organizations. Her many accomplishments over the past two decades include record-setting annual giving programs, successful fundraising campaigns, and award-winning websites.

A long-time advocate for behavioral health, Barbara was introduced to IFS by practitioner and trainer Robin Spiro, LCSW. Barbara is on the journey toward Self leadership but already agrees with Jennifer Krug, PhD, who suggests that it belongs on the list of Exceptional Human Experiences.

Barbara has been practicing Iyengar yoga since 2003 and is pursuing her Master Gardener certification. She is a volunteer with Habitat for Humanity as well as a community garden that provides fresh produce for a local food pantry. Above all, she is grateful that her, now adult, son and daughter came into her life. She can be reached at Barbara@FoundationIFS.org. 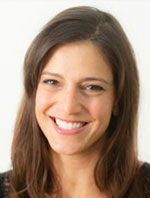 
Ilanit Tal, PhD, joined our team at the Foundation Spring 2019 as Associate Director for Research. In this new role, she provides leadership, management, coordination, and support regarding IFS research activities stimulated through the Foundation.

After completing her PhD in Evolutionary Psychology in 2009, she worked in clinical research at the Department of Veterans Affairs with a focus on burnout, depression, suicide, and bereavement. While at the San Diego VA, she also chaired the hospital’s Complementary and Integrative Health committee and led efforts to connect a community of VA clinicians using IFS, collaborating with them and the Foundation to develop a proposed pilot research program for the VA. Ilanit, along with her enthusiastic manager parts, is excited to bring her skills and experience to support the Foundation’s continued efforts to build on the evidence base that will bring healing to more people who could benefit from IFS, including veterans.

She was first introduced to the Model when her dear friend and colleague, Jan McClure, PhD, RN, invited her to observe one of her sessions with her IFS therapist. From that point on, she began to get to know her own parts and experience healing through IFS. Ilanit feels connected to the IFS community through attending workshops at Esalen with Richard Schwartz, PhD, since 2014.

In her spare time, she can be found practicing and teaching yoga. She is a polyglot and enjoys traveling and immersing herself in other cultures. Ilanit is happiest when she is singing and dancing.